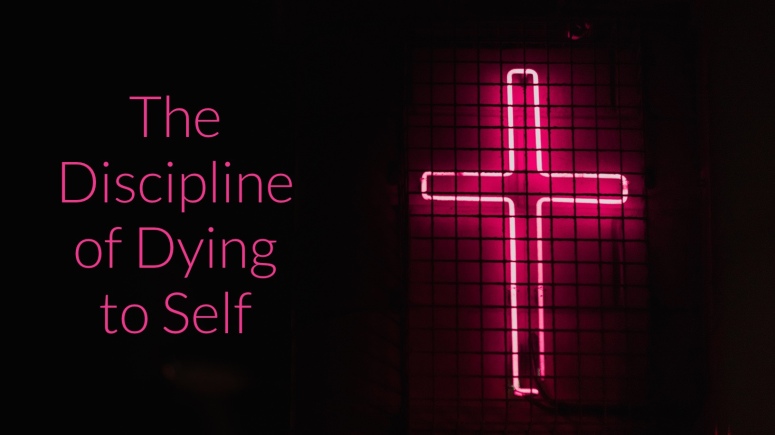 “And they were on the road, going up to Jerusalem, and Jesus was walking ahead of them. And they were amazed, and those who followed were afraid. And taking the twelve again, he began to tell them what was to happen to him, saying, “See, we are going up to Jerusalem, and the Son of Man will be delivered over to the chief priests and the scribes, and they will condemn him to death and deliver him over to the Gentiles. And they will mock him and spit on him, and flog him and kill him. And after three days he will rise.””

Early on in following Jesus being a disciple seems like a heroic thing to do. It’s easy to be excited about telling others about Him and going to heaven. But as time carries on, Jesus can become distant as He moves closer to the cross and we stay planted where we are. It’s one thing to embrace Jesus on the cross but it is a completely different thing to embrace our own cross. It’s not that we don’t love Jesus but that we love ourselves and our lives more.

Jesus made it clear that His disciples would have to embrace their own cross daily and die to self. This is the discipline needed to achieve God’s plan for our lives. Jesus seems distant because He is moving toward the cross and we want to pretend that there’s another way. We want there to be a different cup to drink from and yet we can only drink from the same cup He did if we are to be His disciples.

Death isn’t that difficult but dying is. It’s the dying part that throws us off-kilter. Dying to self is a process that we don’t want to admit or address but it is a discipline that disciples must embrace if we are to be true followers of Jesus. Jesus laid down His life for us to have His life in us. We must wrestle with the question of is His life better than the one I am currently chasing? There is no life outside of Christ. And the only way to have the Life of Christ is to be dying to self daily.

In what way have you been distant from Jesus lately?

How does seeing yourself on the cross with Christ affect you?

What part of self needs to be dying today?

This holiday season use smile.Amazon.com and help Vision2Hear
We voted :)
#mydog #dog #dogsofinstagram #lockhartphotos #lockhartistry
Congrats to @youthculturemike for becoming an ordained deacon this evening. We are all happy for you and proud of you. May the Lord continue to bless your life and ministry.