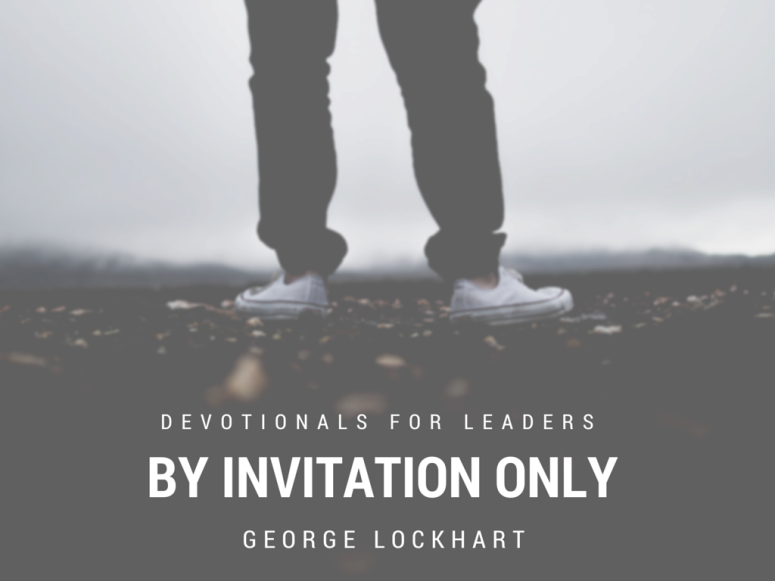 They went back to work with the family. It’s just what you did when you didn’t cut it. After years of studying and training, the rabbi sent them packing back to the family trade. The fishermen found in Matthew 4 were not cut out to be rabbi.

As they are going about their daily routines of mending nets, clearing them of rubbish, they simply do what they were “good enough” to do. They weren’t smart enough or “clean” enough to be considered rabbi material, so there they were doing the only thing they were “qualified” to do. Enter Jesus.

Jesus comes walking along and simply extends an invitation for them to follow Him. Without any hesitation, they leave their family and their family trades to do what they had dreamt of doing since they were little Jewish boys: be a rabbi!

Whether you know it or not, you were created to serve God. You were made by Him and for Him. And even though the rest of the world may not believe you cut it, He believes in you! You may be the last in the class. You may have failed too many times to count, but Jesus still calls you to come and learn from Him. To follow Him. To change the world.

On that glorious day, Jesus walked close enough for them to hear Him extend the invitation of a lifetime. They took Him up on it. I don’t know about you but I sure like to be invited. There’s nothing worse than the feeling that you’re not wanted or welcome. These guys were the outcasts of their time, the rejects, if you will. But here they are now with an invitation from the very Son of God!

How incredible is it when we realize that God has extended a personal invitation to each of us to join Him in His world and His work? Just as God has called you, believes in you and has entrusted things and people into your care, would you extend the same invitation on behalf of the Son of God? Would you be the voice in the storm of rejection and failure that says you’re still wanted and welcome? The fact of the matter may very well be that more people would be willing to join us and God if they simply felt invited.

Final thought: Sometimes all it takes is an invitation to change a life.

One thought on “Devotionals For Leaders: By Invitation Only”

So happy these three could connect today :)
#walkhisway #trustgod #psalm37 #lockhartphotos
A great 4th with friends and family.
A few pics from our time in SC with our friends from Unity Baptist. Great week of camp!! #nvcunity #nvcmissions #v2hmissions #summercamp #gardencitychapel
Had another blast from the past swing by today. Good time catching up with Chris.
Had a great visit yesterday @deercreekretreat Looking forward to doing more things there in the future!